and now for the Philadelphia Phase of recording my new single,
Sky Blue Sky 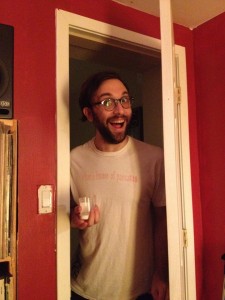 Daniel Harris Levine – musician, illustrator, facial hair and buffalo chicken aficionado – has arrived to help me record some vocals for my new song in my kitchen in sweet ol’ Philadelphia. 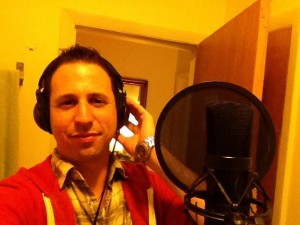 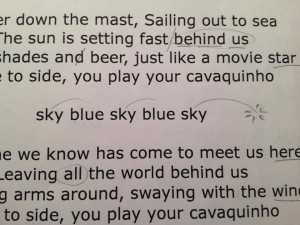 We found the best place to record the melodica… 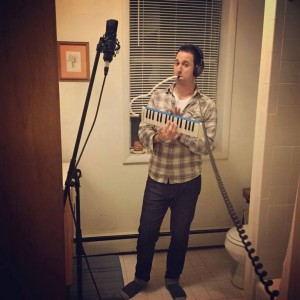 This is what The Kids would call: a Pop-Up Studio. Otherwise known as: My Living Room. 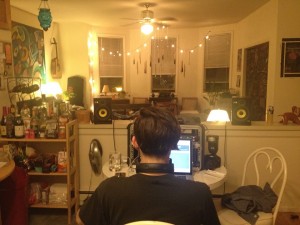 3am Snapshot: putting the finishing touches on Sky Blue Sky with Daniel Harris Levine and some Fender Rhodes electric piano in my kitchen. One of us is wide awake. 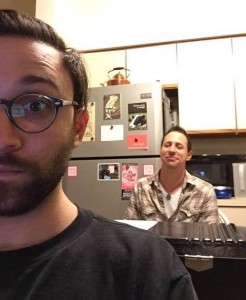 Sky Blue Sky has been recorded! Musical success.
And now to put all the tracks together, across land and sea, from Philadelphia to Rio de Janeiro. Sending it back over to producer Bruno Migliari.

Brazil, the ball is back in your court.

Daniel Harris Levine, thank you for your technical expertise and excellent ears, and converting my apartment into a recording studio. How much do you love Philadelphia? 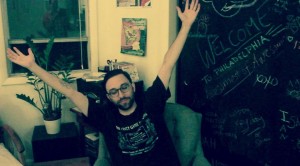 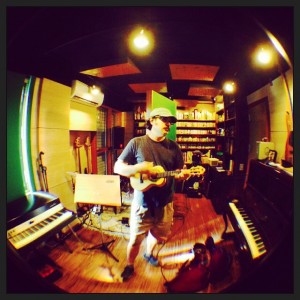 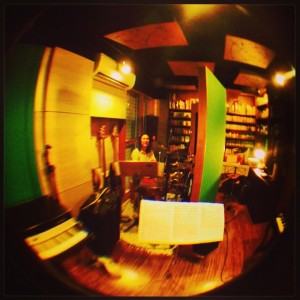 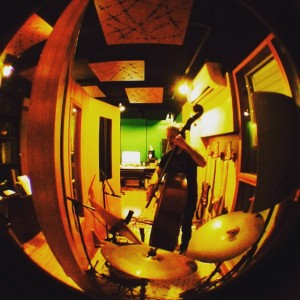 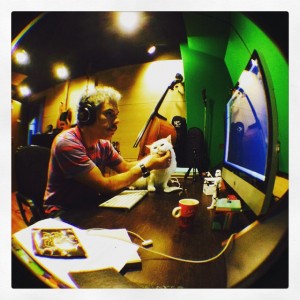 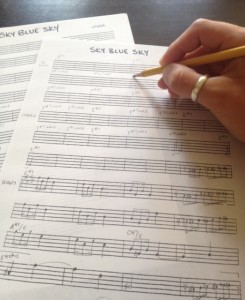 It starts with the music. 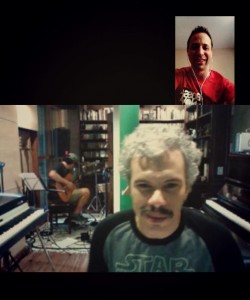 I’m not sure how technology works, but we were able to somehow bend the time-space continuum to have a little Philly-to-Rio jam session. Facetiming some chill Brazilian rhythms at Bruno Migliari’s 8VB studios. 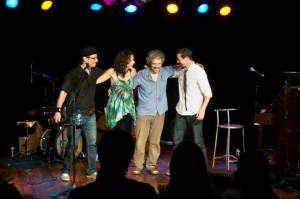 I met Bruno Migliari back in 2011, when I performed several shows with the magical Denise Reis in venues all over Rio de Janeiro. Here we are all performing together at Teatro Café Pequeno in Brazil. I am very excited to have him producing this new song, as well as performing on it. He is all about that bass.

JOIN this FB EVENT for all the latest updates
and to download the song before it is available anywhere else! 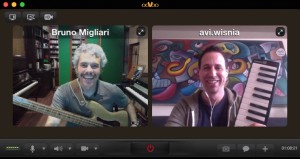 I’m finally getting back in the studio! Or, make that: Studios. Because i’ll be recording my song Sky Blue Sky via satellite in Brazil! As you can see in the photo above, I’ve been teleconferencing with producer Bruno Migliari in Rio de Janeiro who will be assembling a band of renown Brazilian musicians to help me capture the perfect sound for my new single. I’ll be recording my part here in Philadelphia. You can follow this unique cross-continental collaboration step by step as we make music across the internet, and you can share how excited you are by tagging me and using the hashtag: #SkyBlueSky. Plenty more details to come. Stay tuned!!!

Want a preview of the song?
Watch a live performance: HERE