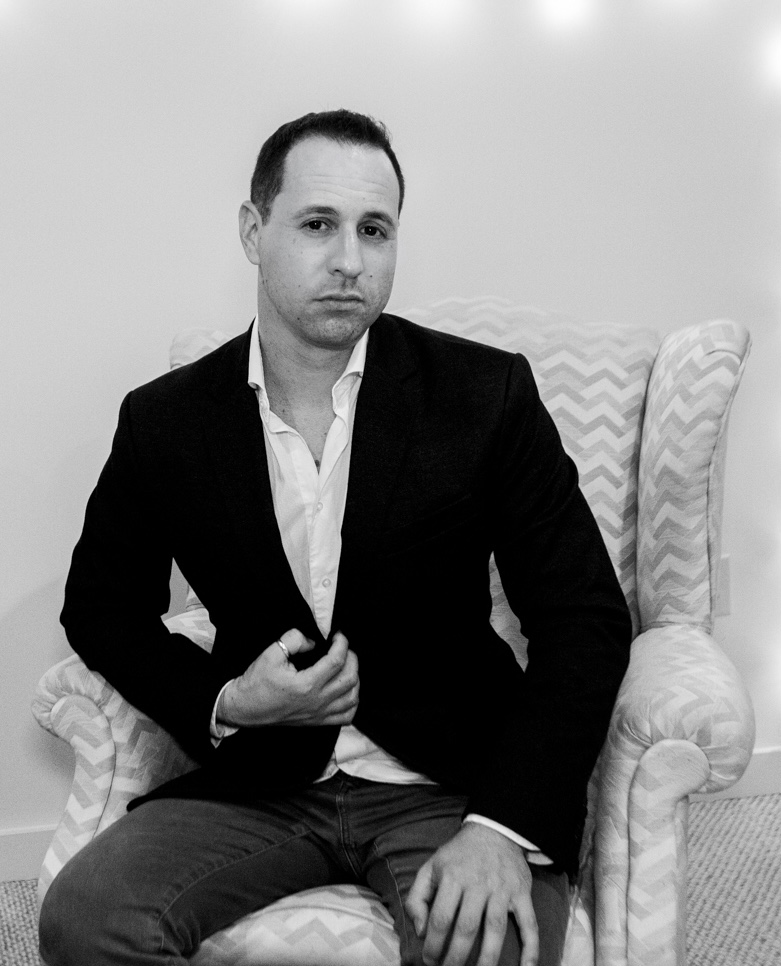 Avi Wisnia is an award-winning singer/songwriter, finding inspiration in 1950’s west-coast jazz, acoustic American folk, Brazilian bossa nova, and contemporary piano pop. Avi tours in support of his newest studio album, Catching Leaves, performing in prestigious venues around the world – from the Hammerstein Ballroom in NYC to The Kennedy Center in DC to concert tours in Japan, Poland, and Brazil. In addition to being a performing songwriter, he has given a TED Talk and performed with The Moth storytellers and organizes the Philly Songwriters Circle.

Avi Wisnia wasn’t sure how he’d ever make music again.

“I had just finished touring my first record when my brother passed away,” Wisnia recalls. “He was the person that introduced me to the joy of making music, the first person I ever played with, and when I lost him, I didn’t know what to do with myself. I retreated away from everything that I loved.”

Now, nearly a decade later, Wisnia is back with his poignant and long-awaited sophomore release, Catching Leaves. Produced by acclaimed bassist/conductor Ken Pendergast (Melody Gardot, Macy Gray), the collection is a tender and intimate ode to living in the moment, to surrendering to forces beyond our control and finding peace in growth, change, and acceptance. Wisnia writes with a gentle touch here, reflecting on love and loss with a soulful maturity. The arrangements are similarly raw and honest, mixing hints of jazz, roots, and the Great American Songbook together into an organic swirl that’s at once beautiful and bittersweet. Each track on Catching Leaves is its own little sonic universe, singular in its delivery yet inextricably tied to the greater whole by Wisnia’s rich, compelling vocals, which feel equally at home floating atop lush strings and horns as they do anchoring spare, meditative moments of piano and guitar. The result is a moving, intimate album shaped by the power of human connection and community, a riveting collection that calls to mind everyone from Rufus Wainwright and Teddy Thompson to Ron Sexsmith and Gabriel Kahane as it navigates darkness and doubt, faith and family, pain and resilience.

“In order to make this album, I had to learn to lean into my grief and sadness and all the feelings of loss and uncertainty I was dealing with,” Wisnia explains. “I had to examine the moments that felt so overwhelming and learn to see the beauty in them.”

As the son of a rabbi and grandson of a cantor, Wisnia was no stranger to the power of communal experience, and he learned to be comfortable onstage in front of crowds at a young age. Born and raised in Princeton, New Jersey, he gravitated towards music from the very start, composing melodies on the piano as soon as he was tall enough to reach the keys. At five, he enrolled in classical lessons, and by the time he finished high school, he’d landed a spot at NYU to study theory and composition. Spurred on by the sea of songwriters and storytellers that surrounded him in New York, Wisnia began taking his songs to open mic nights and booking club shows, honing his chops as a writer and performer at popular venues like Rockwood Music Hall, The Living Room, and The Bitter End. After graduation, he returned to New Jersey to record his debut EP, Avi Wisnia Presents, in the sanctuary of his father’s synagogue. Sold-out release shows in New York and Philadelphia followed, as did Wisnia’s critically acclaimed full-length debut, Something New, which landed him tour dates around the country and abroad, including performances alongside artists as diverse as Ani DiFranco, The Roots, and Arturo Sandoval.

Just as things were beginning to take off, though, tragedy struck, and Wisnia was forced to say goodbye to his brother, who was not only a frequent collaborator, but his best friend. The loss hit hard, and for a time, Wisnia walked away from writing and performing altogether, uncertain how he’d return until 2015, when he received an invitation to travel and sing with his grandfather.

“My grandfather was a singer and a Holocaust survivor,” Wisnia explains, “and while he wasn’t one to really talk about his emotions, he always spoke through his music, using it to help tell his story. Performing with him helped me find my purpose again. He taught me that we can carry a lot of pain and grief with us and still see the joy and the beauty in life; that it’s okay if we are unable to move on from loss, because we can always find ways to move forward with it.”

Inspired by his grandfather’s example, Wisnia reconnected with the power of music to bring people together. He relocated to Philadelphia, where he helped launch the Philly Songwriters Circle as a means of bringing artists together to collaborate and workshop new material, and he organized the annual No Brainer Benefit Concerts, which brought local musicians together with brain cancer survivors to benefit the National Brain Tumor Society. In his spare time, Wisnia immersed himself in city life, spending long, introspective afternoons in the South Philly neighborhood where his brother used to live, sitting and writing in Palumbo Park (the album’s cover art was shot there in front of a large-scale mural titled “Autumn Revisited”).

“The weather and the seasons, particularly the autumn, helped color all of the songs I was coming up with at the time,” he explains. “In nature, there are so many things that happen that are entirely beyond our control, and I think it’s good to be reminded of your place in the world.”

When it came time to record, Wisnia convened a band of Philadelphia talent at Morning Star Studios just outside the city in East Norriton, PA, where they laid down the core elements of the album with a series of tender, precise performances. With so many years and miles under his belt since his last foray into the studio, Wisnia felt a newfound confidence and comfort during the sessions, embracing the spontaneity of the moment and welcoming space and silence into the arrangements. Sticking primarily to acoustic instruments, he aimed to keep things grounded and timeless, drawing on the likes of Chet Baker and Vince Guaraldi as sonic touchstones before returning to the city for finishing touches with Pendergast, whose inventive approach incorporated everything from Wisnia’s childhood Fisher Price xylophone to the clacking keys of a vintage typewriter. The process was a slow and deliberate one, unfolding piecemeal over the course of several years until COVID-19 lockdowns finally offered Wisnia the opportunity to complete the collection once and for all.

“We have all experienced a lot of isolation and grief and sadness and loss during the pandemic,” he explains, “but the silver lining of this time for me was being able to focus on the music without the hustle and distractions of everyday life. Now we are all trying to navigate how to re-enter the world, and trying to imagine what that world even looks like, which is really what this whole record has been about all along.”

Album opener “Catching Leaves” sets the scene, with shuffling drums and jazz-tinged piano giving way to a gorgeous meditation on the power of being present, on sitting still and observing the mysterious splendor of the world around you. Like much of the collection, the track draws heavily on naturalist imagery, examining the turning of the seasons and the weather as metaphors for the passage of time and the kind of change that inevitably ushers us along. The buoyant “Heat Lightning” grapples with conflict and distance, while a serene take on Neil Young’s “Harvest Moon” taps into the underlying melancholy and longing in the lyrics, and the aching “It’s Gonna Rain Today” reflects on the death of a childhood friend and the ways in which we eventually grow apart as we grow older.

“I tend to live a lot in my head,” says Wisnia, “and I often get stuck there. The process of writing and recording these songs ended up being an exercise in getting out of my own way, in letting each song take on a life of its own.”

Indeed, the collection covers a broad spectrum here, from the jaunty piano pop of “You’re Wrong” and the vintage jazz of “Just Another Daydream” to the Brazilian strains of “Sky Blue Sky” and a bossa-nova-meets-R&B rendition of Antonio Carlos Jobim’s “Dindi.” Despite the diversity of the material, however, Wisnia manages to project an emotional cohesiveness that binds the project throughout, imbuing each track with a strength and a vulnerability that suggests brighter days to come, even in the darkest of moments. “Look above for when the moonlight finds you,” he sings on the album’s stately closing track. “I hope you can hear me say goodnight.”

It’s a particularly poignant moment given the recent loss of his grandfather, but if there’s one thing Catching Leaves has taught Wisnia, it’s that music binds us, both in life and in death. It keeps our memories alive, it keeps our hearts full, and it keeps us connected to one another. Even when we feel like we can’t move on, the music helps us find a way to move forward.