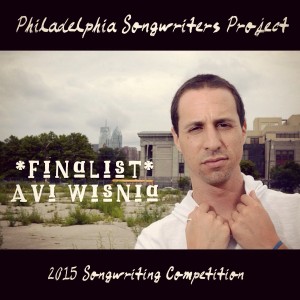 The Philadelphia Songwriters Project just released the names of this year’s songwriting competition finalists, including me and my song Sky Blue Sky! Narrowed down from hundreds of entries, only the songwriting finalists will get to perform and winners will be announced on May 31 at The Ardmore Music Hall. The show is sponsored by 88.5 WXPN, with an esteemed panel of judges from the Philadelphia community, and YOU can be a part of the voting audience to help decide this year’s winning songwriters. I WANT TO SEE YOU THERE!
WXPN Welcomes
The Philadelphia Songwriting Project: Finals Showcase
Sunday, May 31
4pm – 7pm