It is a very difficult balance to document everything and also stay present to the experience; to balance sharing the story while also allowing for private moments. Each is important. On this trip, my grandfather never asked me to take a specific picture, except for this one. As we entered the Auschwitz concentration camp, which is now the Auschwitz Memorial & Museum, he stopped me as we were walking and had me take this picture. 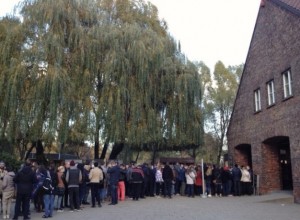 This is the visitors entrance at Auschwitz. There were people everywhere. It was a regular weekday afternoon, and the lines were long. Different groups were shuffling along barbed wire to different parts of the camp, various tour guides pointing out barracks and buildings in so many different languages. French, German, Korean. Noticeably, there were many groups of Israelis with blue and white sweatshirts. There were many groups of Israeli soldiers with Israeli flags draped over their uniformed shoulders like capes. This time of year, 5-6,000 people visit Auschwitz per day. At the height of the summer season, the number grows to 8-9,000. Our driver, Marian, told us that – on average – a bus arrives every 15 minutes, ushering in a new group of tourists. This year, 1.5 million people will visit the site. 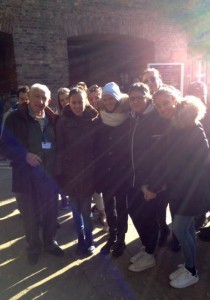 My grandfather was marveling, dumbfounded. He couldn’t believe it. He kept saying, “I cannot believe it.” My grandfather stopped a random group in line to ask where they were from. They took pictures with him. He sang to them in Italian. During his nearly 3 years as a prisoner of Auschwitz, he was a witness to some of the worst behaviors that humans are capable of. And i think he was glad that so many more were coming to bear witness, too. 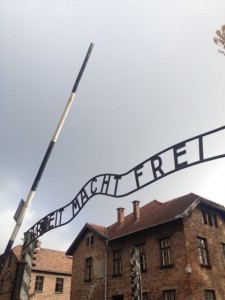 “All this was done with nature’s permission.”

We are used to seeing images of the Holocaust in black and white. The stripes of the prisoners uniforms, the boots of the SS guards, mud, blood, nothing has color. As if from a different time. The Past. When i was last here in January, everything looked like it should. Black barbed wire against white wintry skies; it was cold as hell, and that seemed appropriate. 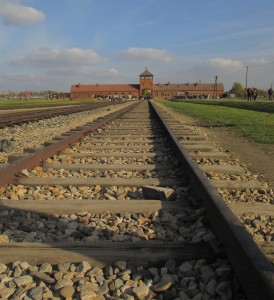 But today was pleasant. The skies were beautiful and blue, the breeze was warm and mild, the sun burst through the windows onto the exhibits in the Auschwitz I buildings and the grass – which my grandfather tells me was never there before – carpeted the entire stretch of the expansive Auschwitz II-Birkenau death camp. It was unsettling to see Auschwitz as just a place like any other, with trees and clouds and sunsets, greens and blues and oranges. 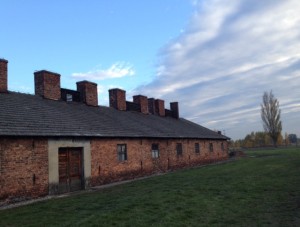 As we passed a particular ditch, my grandfather told me about an episode he had never mentioned to me before. He told me about the time he witnessed several guards lining up around this ditch with a pile of sand, and bringing several prisoners forward. The prisoners were made to shovel a bit of sand into their pockets and jog along the ditch. If they spilled even a grain from their pockets, the guards would beat them with their sticks until they tumbled and fell in the ditch. Then, they were shot. It was a game, it was sport. 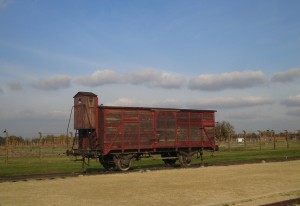 At the 70th Anniversary event in January, survivor Kazimierz Albin, prisoner #118, stood in this very spot and told his story and I remember one particular phrase that stuck with me: “All this was done with nature’s permission.” Whether sun or snow, it did not matter, that was the reality of Auschwitz. I looked around at the grass and the sky, and everything was quiet. For all the torture and violence and deprivation and death, this is just a place. This could be a place like any other place. 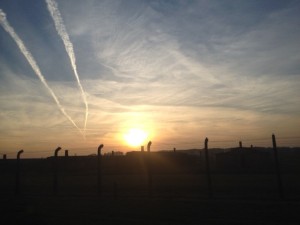 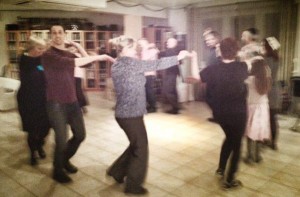 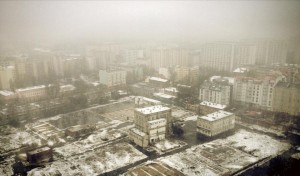