Music saved him in Auschwitz.
Now, David Wisnia returns to Poland with his family to sing in memory of those lost.

“When he was 16 years old, he lied about his age to escape being killed in Auschwitz. Now 93, David Wisnia will return to his homeland to memorialize those who died in concentration camps during World War II. He will serve as cantor for the Auschwitz-Birkenau Memorial Society’s 75th anniversary of the liberation of the camp by the Russians on Jan. 27, 1945. The Wisnia family will spend time in Warsaw and Krakow as well as at Auschwitz. “We make sure what he went through is never forgotten.” … [Read More] 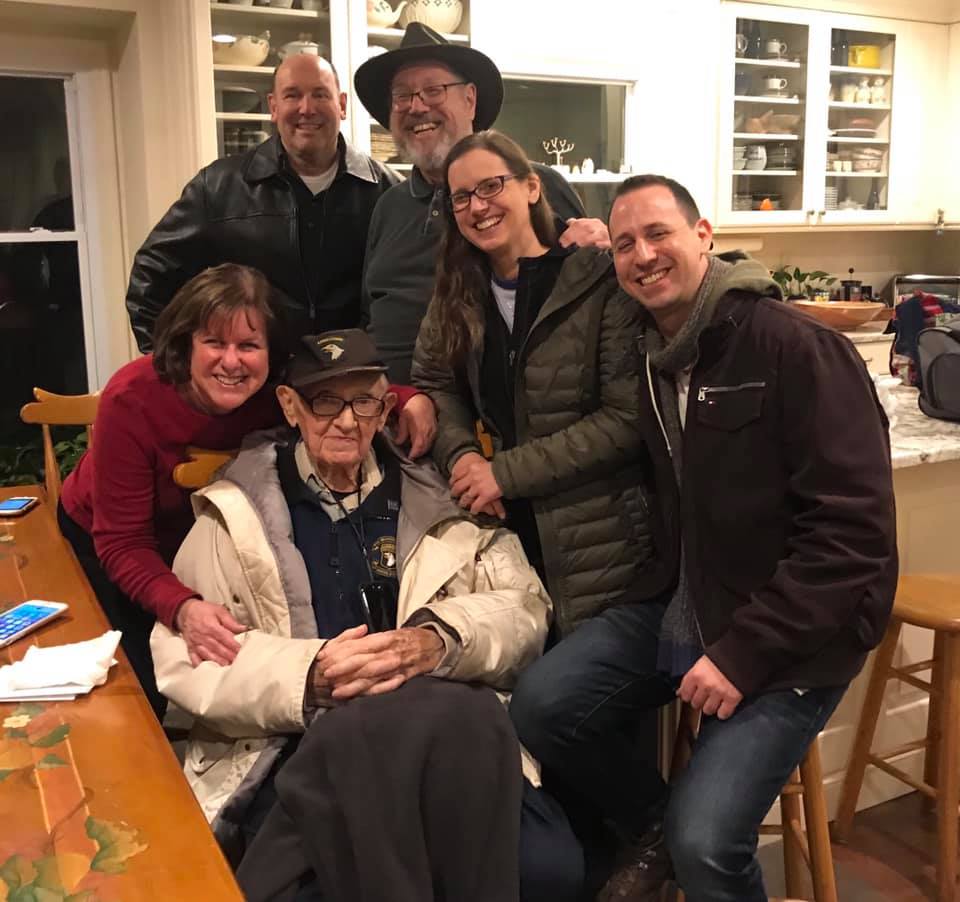 my grandfather and his entourage. 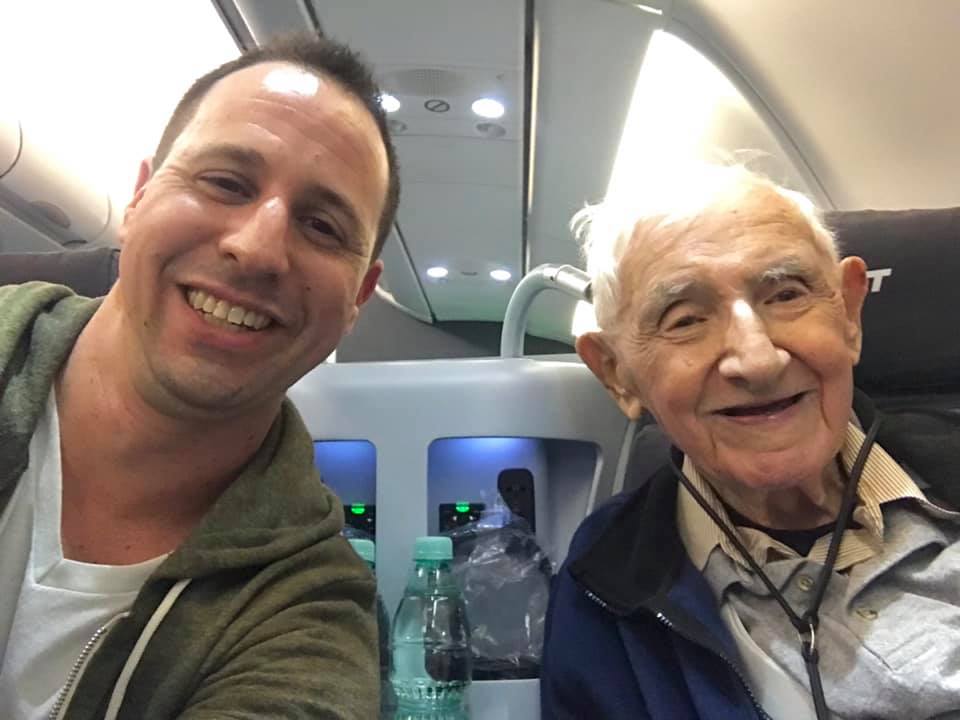 with My Polish Wisnia on the plane
a Saba Selfie, the first of many