So, I have family in Brazil! In a roundabout sort of way.  Dan is the brother of my second cousin, once-removed.  I’m not sure what that makes us, but I know it makes us family.  Dan lives here, just outside of São Paulo, with wife Magda and daughter Carolena.  They have lots of cousins and friends that live nearby, and tonight, they threw a little party for me!  Super nice, no?  It gave me a great chance to practice my Portuguese, which is really quite rusty.  But that’s the thing about all the Brazilians I’ve met, they are very encouraging about it.  So even though I speak like a drunk baby, I’m able to have conversations.  I also learned how to make a caipirinha tonight, from Lucas.  A regular caipirinha – no fruit flavor.  Just lime, sugar, ice and cachaça. Apparently one trick is to cut out the white parts of the lime, this makes the caipirinha less sour.  I had several.  I also met Stefany, Magda’s niece, who sings some jazz on the side.  She knows another venue I might be able to play, and some musicians I might be able to play with.  You see, I don’t have a band. I don’t have a keyboard.  I don’t have anything!  I’m just in Brazil, seeing what happens.  But after tonight, I’m pretty optimistic.  I met some wonderful people, and I think some great things are going to happen.

So this is my breakfast.  I figured I would start with that.  I usually don’t.  Which is to say, I usually don’t eat breakfast.  But this morning, I woke up in Santo André (just outside of São Paulo) where I am staying to have some mango juice, toast, Chocotone (bread, with lots of chocolate in it), and fruta do conge.  Fruta do conge is this mushy green thing with little white teeth on the inside.  You suck the white creamy yogurty goo off of the black pearly seeds.  It’s like a pomegranate in that it is a lot of work for not much fruit, but it’s super tasty.  It is also one of the strangest fruits I’ve ever had, and Brazil is full of them (strange fruits, that is…). 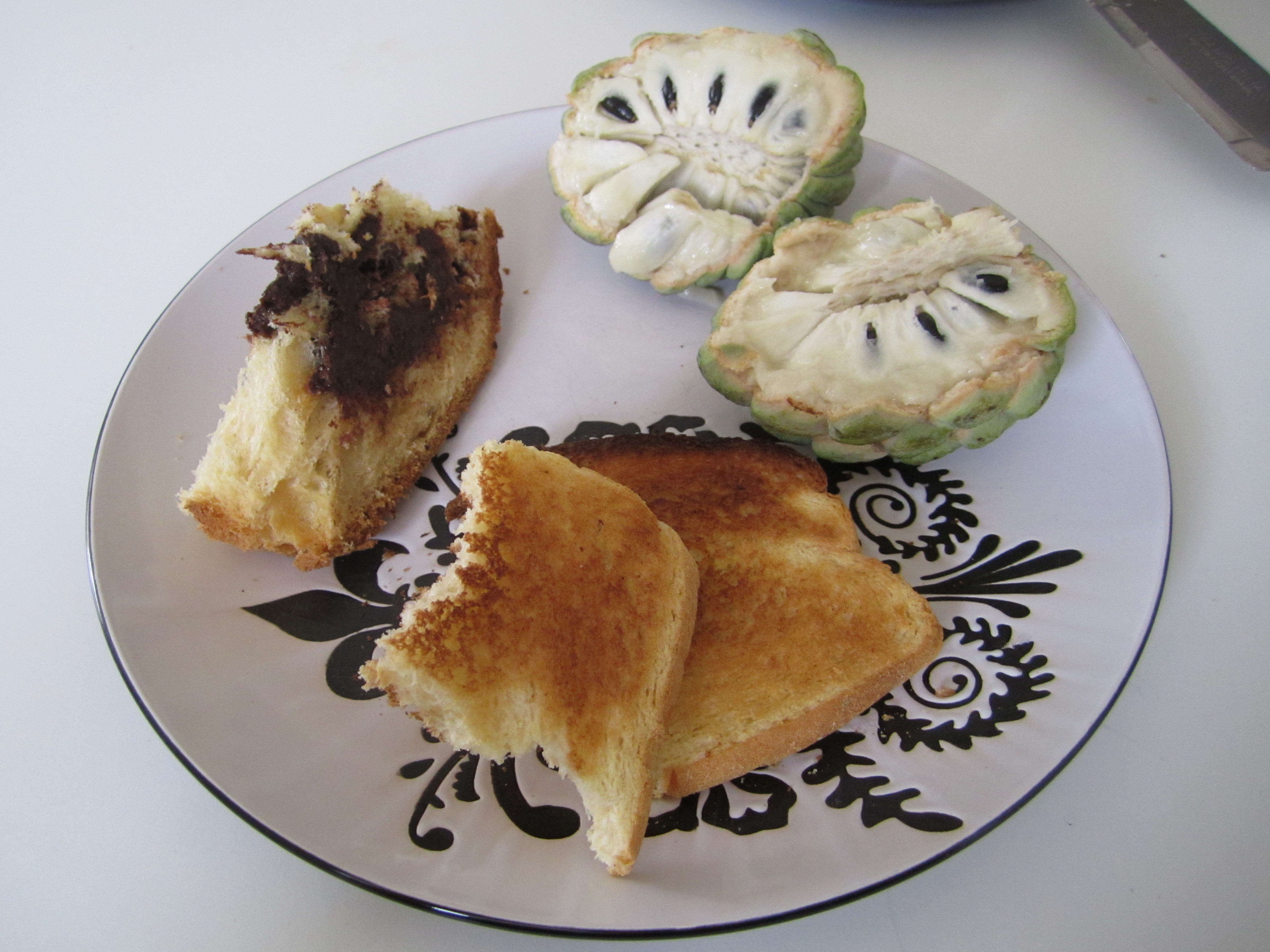 Fly Me To Brazil

I can already tell you what one of my 2011 highlights will be, and if you have been following along on The Twitter and The Facebook, you know what it is, too.  I leave later this week to spend a month in Brazil!  I am taking some time to find a little inspiration in the birthplace of Bossa Nova, meeting new people, learning new songs and performing a few shows.  (Trust me, I will fit some beach time in there somewhere.)  I’ll be splitting my time between Sao Paolo and Rio de Janeiro.  I can’t tell you how excited I am to return to Brazil and to play my first ever international shows!  Check out the dates on the tour page, including some updated upcoming US dates, and stay tuned right here to The Blog.  I’ll be updating it from Brazil to keep you posted on all my adventures down there.

I have also added some new stuff to the website.  Recent updates include the brand new Avi Wisnia Webstore where you can buy the new album, Tshirts, kazoos, etc.  You can also check the Gallery for new pics, radio interviews, and videos.  Poke around, there’s more.

Ok, tchau everyone!  I will be thinking about all you East Coasters under the snow while I’m lying on the beach in Rio.  You may begin hating me… now.

The Year That Was: 2010 Highlights

2010 was a pretty banner year for Camp Wisnia.  Some highlights:

This past year, I’ve shared the stage with wonderful musicians, made great friends, and met incredible people from all over the place who have shown me so much kindness and support.  Thank you all for allowing me to do what I love. Let’s top all that in 2011.

Welcome to my brand new website! Have yourself a good time poking around this lovely new site—because we designed it for you! We are constantly updating and adding some new features, including a store where you can buy some rad merch, so bookmark this page and check back in often. This website is just one of the many many exciting things to happen this year, and I’m going to keep you updated with all that excitement plus new developments right here.

If you’ve got some of your own photos you have taken at my shows—with me, of me, of other people—send em on over at the Fan Photo Gallery and we’ll post them! And be sure to comment below and let me know your thoughts and what you’re up to, or you can let me know what music you’re listening to, or what you’ve been eating lately. Because if you really want to talk about what we each had for breakfast, there’s actually nothing I’d rather talk about. (Avocado sandwich.)