hello from the future!
(Tokyo is 13 hours ahead of Philadelphia)

I was the only person on my plane to have a sign waiting for them. 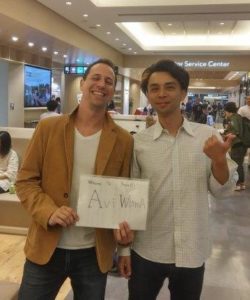 on the hunt for Mt Fuji.
Toru lives in the town of Gotemba, which sits in the shadow of nearby Mt Fuji. we drove around Lake Yamanaka trying to find a good view of her, but the clouds were not cooperating. we will keep trying. 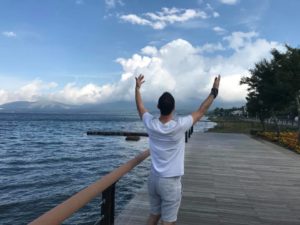 but we did find the Denny’s. 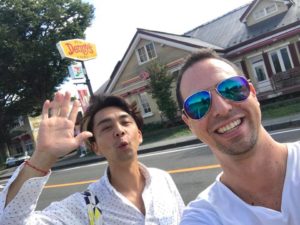 one rehearsal in Tokyo.
it’s amazing when you fly half way around the world to make music with people you never met before. and it sounds like you’ve been playing forever.
music transcends all boundaries.
also, this practice space has good lighting. 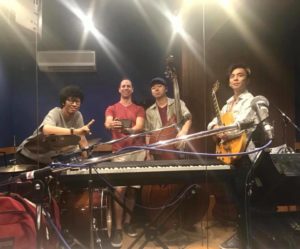 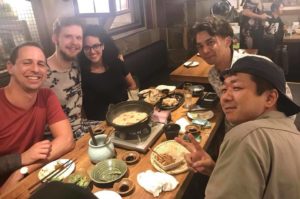 Toru and I walked along his family’s rice fields on the way to our first show in Japan. we traded memories of being on tour together in the states: that time we performed at a nudist colony in West Virginia; that time we did Tai Chi waiting to go on stage in Wisconsin; that time we hung out with the Amish at Burger King in Ohio; that time we met The Roots in Oklahoma, and they drove him to the airport. we laughed a lot.
Mt Fuji is clearer now in the distance, but still a bit shy. 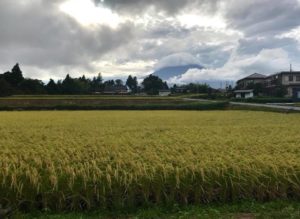