I have been invited to give a TED TALK! Yep, just like Bono, Malcolm Gladwell, Amanda Palmer, Bill Gates and other such upstart whipper-snappers. Sunday, October 20, i’ll be speaking & performing at TEDx Cape May. It’s an incredible opportunity, and I’m humbled that someone thinks I know something about something, enough to give a talk on it.  Read more about #TED talks at www.ted.com and come see me in New Jersey in October!!! 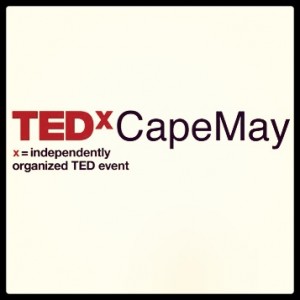